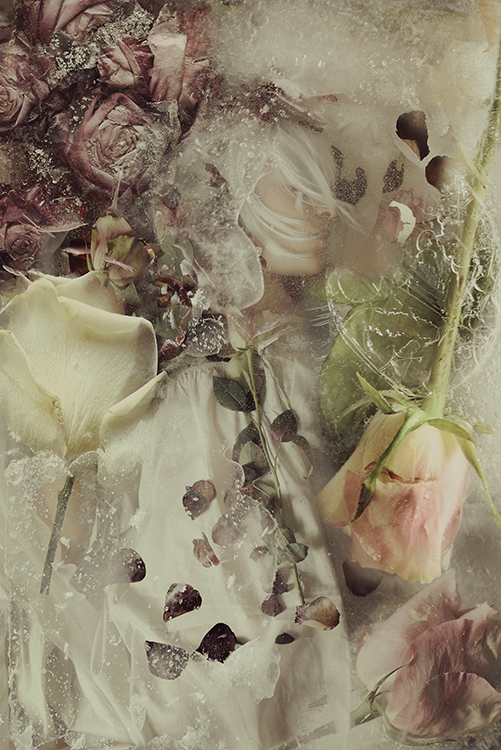 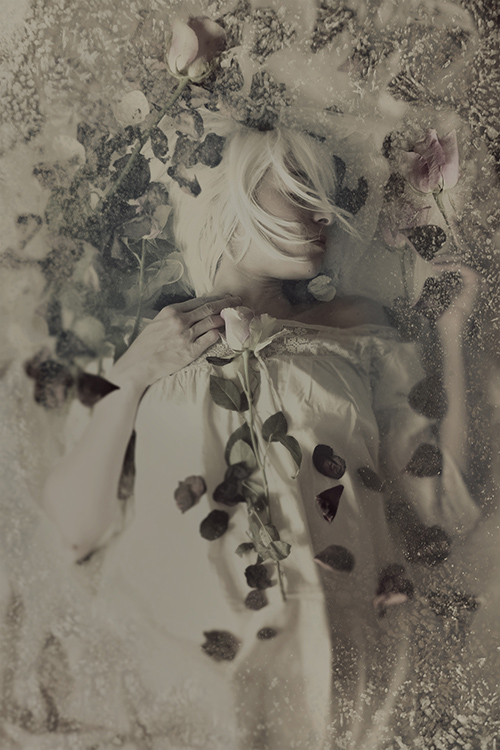 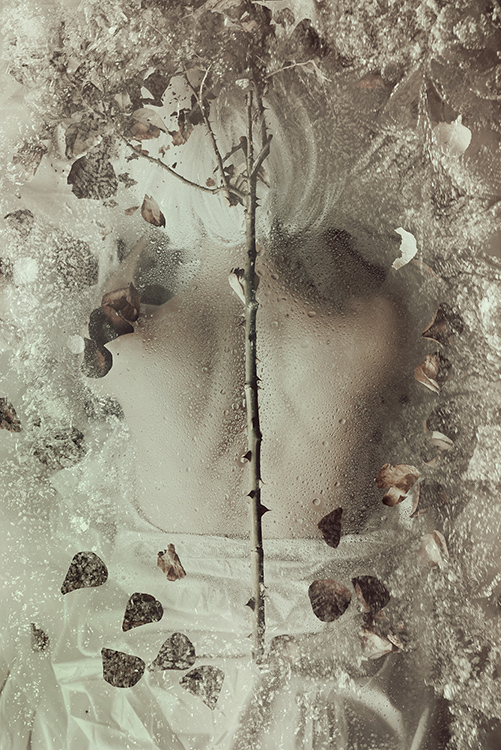 All of a sudden music lost its reverberation. It was coming to his ears dry and essential. The rhythm. Steps. Numerous steps in an infinite place. The space of a giant frozen winter. The cold that covered lands, lakes, mountains, trees, schools, dialogues, animals, life, colors, love. His walk was slow, but it wasn’t a wondering, in this giant white nothingness.

He was going to a specific site, with no indications, no directions, no reference point. It was his heart driven by Variation 13 going to that specific site. The last fragments, the remains of love in a frozen universe, he, the only one left, to preserve love, to re-start a new era, to find a new trace. When he stopped, he cleaned the icy surface. All around the nothingness of an icy world. All around notes were barely crossing the space, one by one. He sat on his knees. His heart was a whisper. All his journey behind. Carriages, lands, cold nights, endless horizons. It was over now. Over.

He slowly took his gloves out and posed his fingers on ice. It was a dialogue. In an unknown language. The essential and neverending interaction between giant and primitive universe’s strengths. His fingers were just a tiny point in the immensity. The tip of a lost warm iceberg. But, a drop came up. And then another. Each one result of an immense effort. A minuscule, invisible melting. The searching for the lost. The fighting against irreversibility of time. Until his finger touched a petal, a drop of blood in a tiny hole in the ice. “I am back” he whispered.