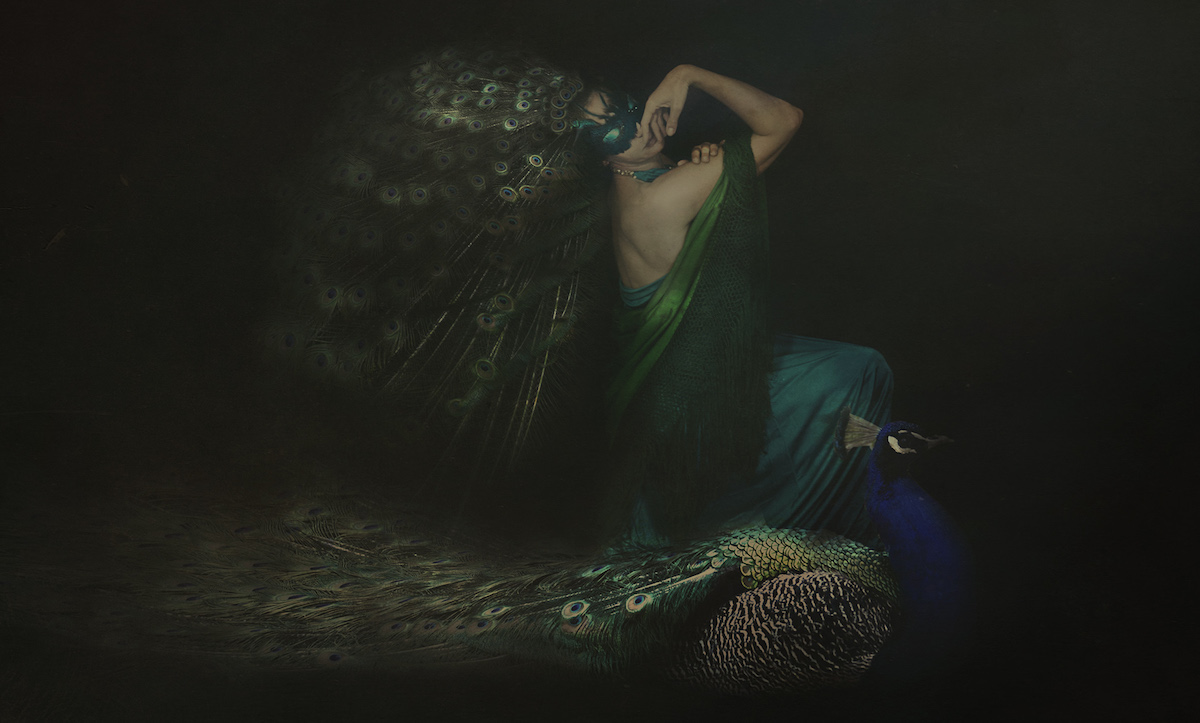 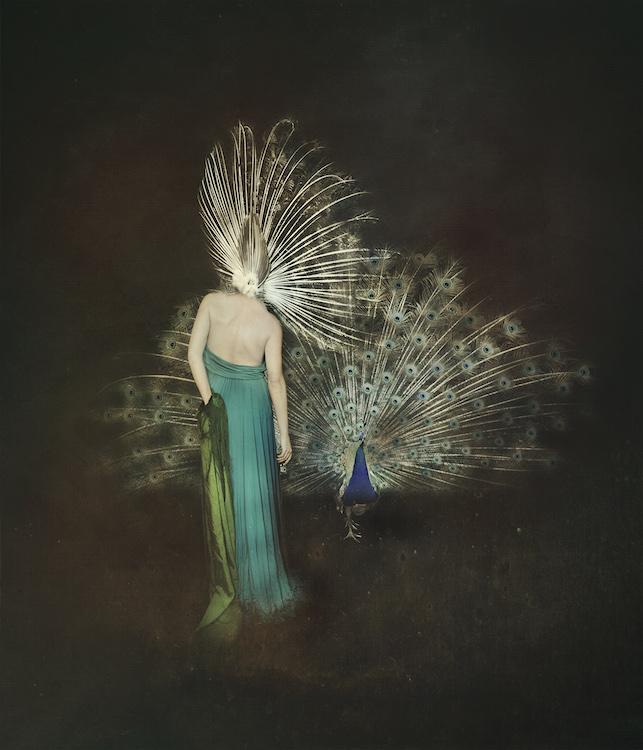 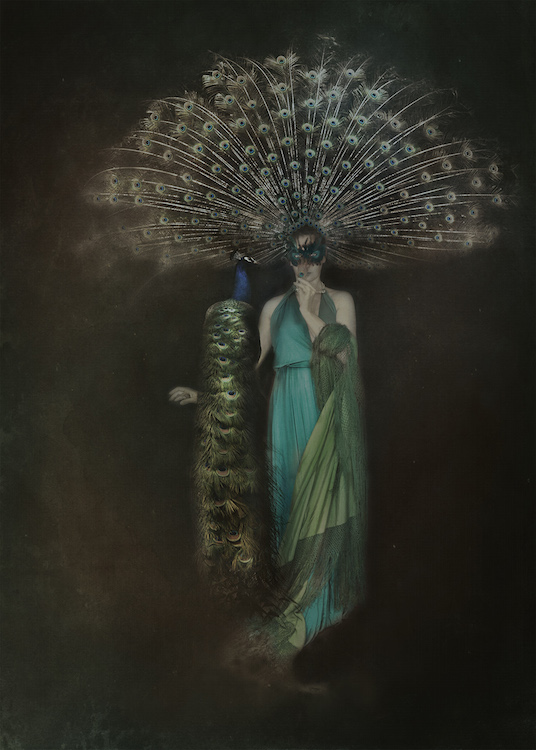 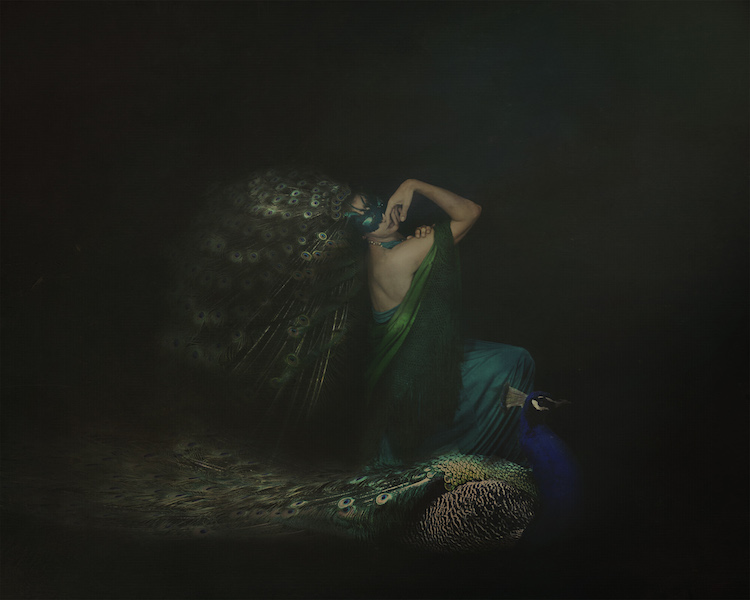 Eyes, eyes eyes. On a dark walk, in a dark space, the Count finally saw a multitude of stars appearing out of the dark. A sky, slowly swinging in front of him, carried by a peacock. And in this sky, stars, a multitude of stars with their deep eyes, watching the expected visitor, the wanderer of that night.

Slowly, a silhouette in the dark got more and more defined. Another sky, another universe may be, or just a parallel world, an antithesis to the first. Or a mirage, a reflex of the universe in front of him.

But as soon as the silhouette turned around, the peacock shadowed its universe and morphed into that silhouette. It soon became impossible to understand who was the peacock, who the figure appeared a moment ago. Both were sharing the same profile, the same behavior, the same colors and eyed stars, in a continuous mesmerizing movement. A mysterious masked fairy, the expression, the essence and the parallel of the peacock was dancing and moving a universe of hope, confidence and beauty, in front of him.

A fairy morphing into a peacock, and a peacock becoming a fairy, under a bright night of moving skies.

The music in the anteroom was a methodical, well structured ¾ tempo, giving hope to his thoughts, giving confidence to his steps. Eyes, moving left and right, in a slow dance, in front of him. “if I only could fly in that sky, if I just could get closer to that world… “thought the Count in his dream, for once a serene moment of universal richness.

Until. The moment. When two. New bright eyes. Appeared in the multitude.

Two new stars populating the sky, watching him from a remote, probably infinite distance. Time, distance, the Count remained suspended in this dark space, trying to find a trajectory for his new thoughts. But without results. “Welcome wanderer.”

And the two virtuosistic melodies came to a unison conclusion, leaving a subtle perfume of jasmine in the air.