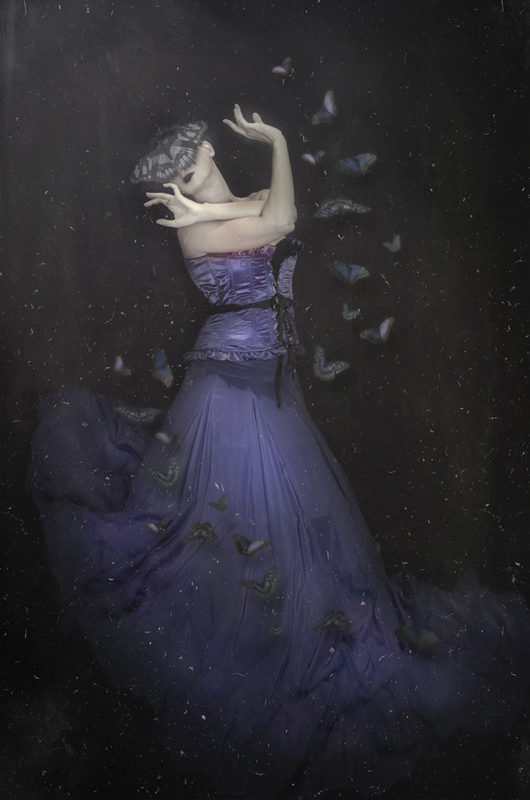 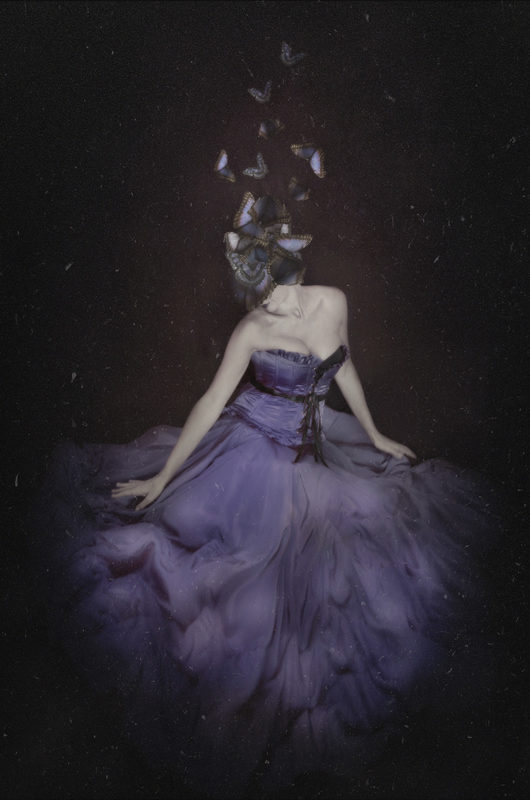 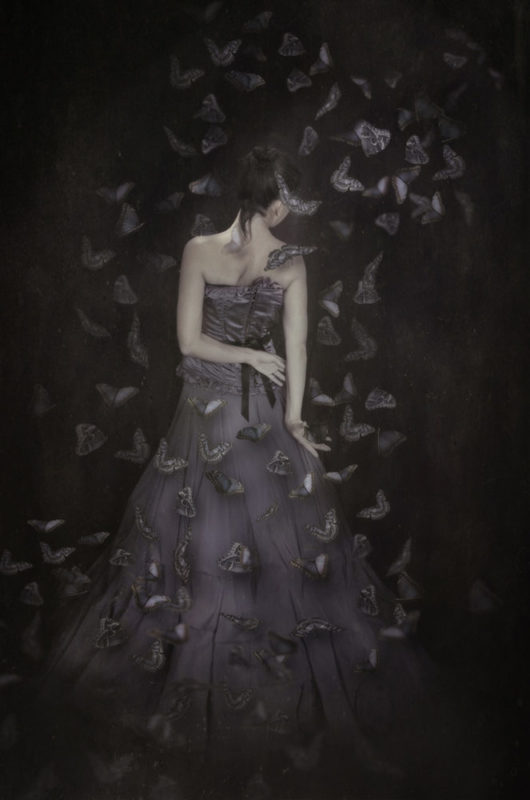 After many hours of travel on a dusty road, he arrived near a spring, not far away from a carriage house. The land around was wet, and ferns, flowers and insects were all around, celebrating that water, since centuries, probably.

He decided to give a rest to his horses and stopped at the carriage house. it was an old building, a part was destroyed and vines were already covering the roof. The surroundings were enchanting; one could have spent the life watching the never-ending celebration of nature around the water spring. Water that melts, dissolves, nurtures, heals. A hidden place after a long journey. He opened the door to have a rest and sat at a table. The miracle of nature outside was continuing inside.

Butterflies were dancing all around and amongst them dancers were celebrating the water, since centuries, probably.
it was difficult at time to make a distinction between dancers and butterflies as wings were moving around and light purple color was a result of a dance, a blend of movements and shapes.

He sat, in silence. A music played on a keyboard, was around, he couldn’t understand where the music was coming from.

Slowly, he started to lose the sense of reality and felt like butterflies were trying to read his soul, his mind, his secrets. A sense of surrender was slowly permeating into his body. The last thing he saw was his hand. Composed by hundreds of small butterflies flying around, restless. And then, the dark.