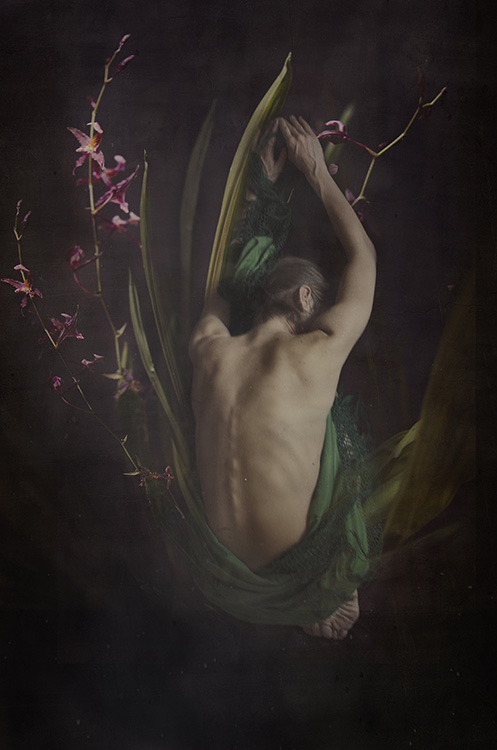 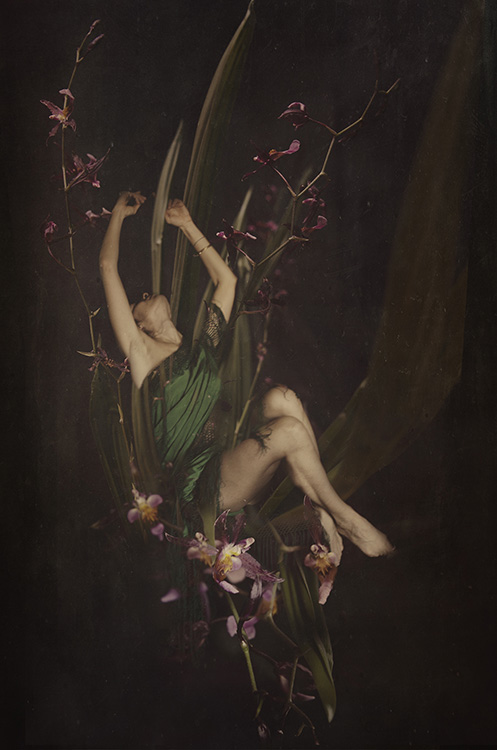 Although the music in the distance was barely hearable in his sleep, it was without a doubt a Variation for two keyboards. Something to listen together with a love. Something done in two and for two. The essence of morphing, the left and the right, the essence of being part of another. Something to dance in three quarters, forever.
But in the remote corner and after such a long journey, he felt his compete solitude and sat on an old bench. The dark was broken by subtle light refelections, moving and changing in the end of each musical phrase. He realized he was in a world of dualism. Light and dark. Left and right. Shadows and sparks.
Orchids were growing all around, morphing to human shapes and back to orchids. Living their shapes just the length of the phrase, to then change. And again. And again.
Initially he couldn’t understand if humans were trying to become orchids or the opposite. But he soon realized it was a status of perennial morphing. Moved by the music. No. There was no room for solitude there. Solitude is still. He was on the edge between two worlds, on an undefined line of matter’s interactions.
Orchids were blooming and opening up to beautiful human shapes to then become green again, moving, growing, blooming. This continuous movement helped to open his heart and dissipate loneliness.
He recognized those roses. The grand ball. The chandeliers, the music, the carriages. Those roses, left in a room. The gardener. She was the unknown lady, who never forgot. Who never left. Who took his gift and gave a meaning to it.