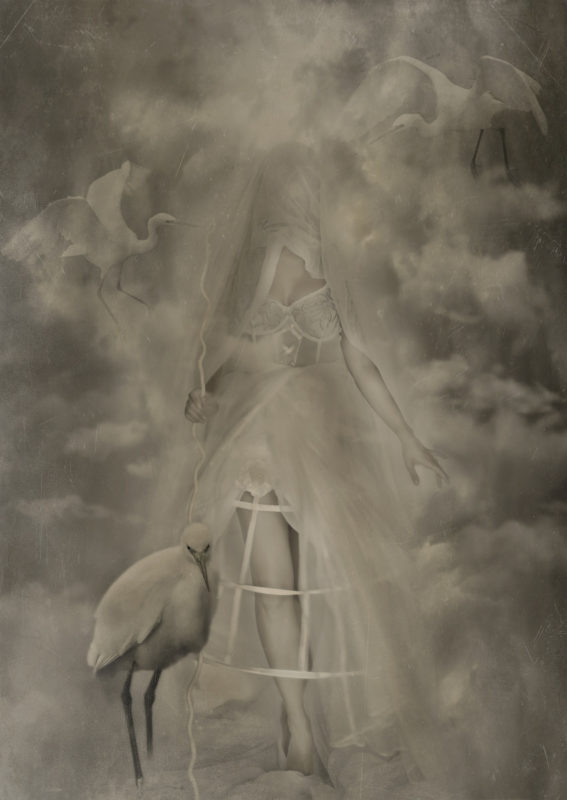 Count Keyserling
The Count walked through his anteroom and entered his bedroom. It was late, very late at night. He, ready for the night, softly touched the covers, then sat down, to think.

After a few minutes, the anteroom hosted a soft light. The young Goldberg walked slowly and sat at the keyboard. The two had never met, but the young man was playing for him, every night, all night.

Johann Gottlieb Goldberg.
At 14 he was already a legendary pianist.
The shadow of Count Keyserling, a powerful man. An insomniac man.

The young Johann Gottlieb that evening had a world in front of him. It was his first time. A whole world in sixty pages of music.

Two initial sol. Softly and slowly. An Aria. An Aria of and from infinite, from ancient times, an Aria that whispered slow loves, summer nights, hidden conversations. It was his first time.

The Count laid on the bed. Every note was like a drop of water on a desert. Seeds sleeping, under the sand, awaiting for life. Each note fed him, calming his loneliness. Goldberg who was only 14 years old, felt the pain and the passion of a whole life going through the notes; a life that he had not had the chance to live, yet. Notes passed through his fingers, and became sounds.

How beautiful this music that is not played directly, in front of someone, but it rather comes from an anteroom, soft, vaguely distant, almost lonely. Johann Gottlieb had studied this new wonder for months. Almost a contest between Bach who conceived it and this very young performer, already unique in the world.

That night he realized how in reality it was the first time he “was playing” it, feeling the music coming all together. Until now he had been just studying and now, now, in that boudoir of that powerful man and close to him, it was coming to life. Life to give, life to own.

The Count put his hand on the forehead, exhausted. He would have never had any intention to sleep and never thought it could, at that time.

Yet. Yet he had asked Johann Sebastian Bach to compose. “Music to cure my insomnia. A music, at night. I beg you.” The Count politely explained music was not meant to facilitate his sleep. He was not looking to sleep; he was used to be awake. “But I miss my dreams, and I feel it is the right of each one to have dreams”. So, the music, he calmly explained, will create my dreams, will give light and substance and colors to my dreams. Notes that will touch my room, bouncing around. My lost dreams, finally coming to life.

And Bach wrote his first and only “aria with variations” piece. An Aria with thirty variations. Almost an hour of music, because the night is long and at night we expect and attend the sleep, we define ourselves, we love ourselves. Because it is during the night that we grow in the life we live during the day.

And this music was both a story and vehicle. Something to listen to and something to use to leave reality. And this starting air, the Count thought, is coming from afar. It seemed written by the human being, written since the beginning, always and forever. Bach had played the piece for a long time, loving it deeply, quietly in his room in Leipzig. Dark. Silence.

And since Bach loved the Aria, he had enriched it with thirty variations. And because he loved it, the changes were not on its cantata form; the Aria was so beautiful to be thought untouchable. Not at all; he had used its basic structure; its foundation; and from that he had created variations. On that, he had built a world of music to describe a lifetime. “Please, bring my dreams back…I beg you” Count Keyserling have said.

Those variations were descriptions of life, conversations, moments of reflection, of loneliness, in the heart of the night, in the first song of a bird before dawn. Some fast, devilish and some even insurmountable. Some of unsustainable love and beauty. Like dreams are.

But listened in the dark, coming from an anteroom, they took their own form, showing their own personality. Each one different, each one needed. They were together and in time, building the visions of dreams.

The young Johann Gottlieb had studied for a long time. Then he respectfully made it known to the majordomo of Count Keyserling that he was ready.

And so, in the twilight, he had begun the Aria. He had imagined the piece fresh, lively as a source of water, pure and crystalline. Those notes that were filling the penumbra and were moving into the bedroom like drops of love. An absolute wonder

“Formal perfection of love” the Count thought, while listening to the beginning of the Aria exhausted. For him it was like looking at a picture in the dark, by seeing all of its original colors. Notes were building this image, giving back shadows, transparencies, movements. Notes transforming into beams of light, following the rhythm of the music. Dreams, finally. Music. Exhausted. 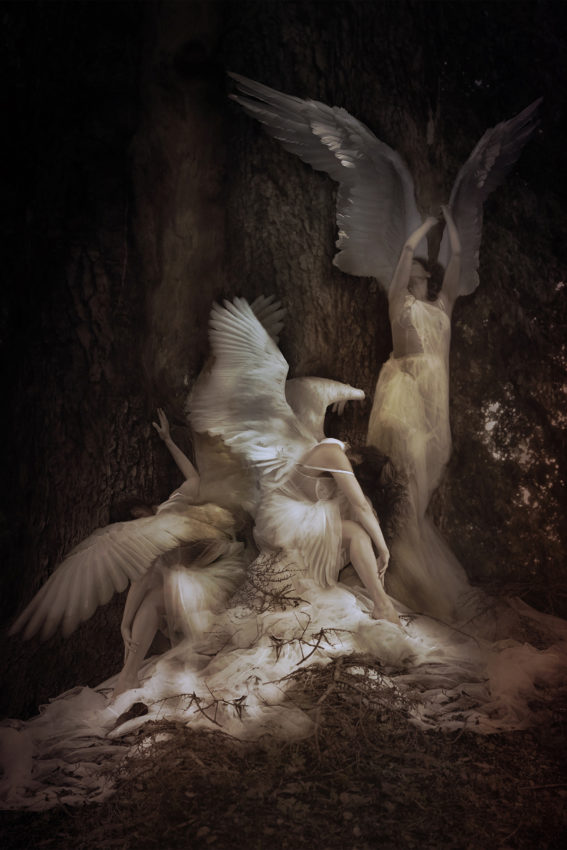 Johann Gottlieb entered in the heart of the Variations. Played those that descended in the heart, in the darkness of the composition, to the bottom of the soul and then those that slowly start, towards the twenty-fifth, to climb up into a state closer to this world.

The twenty-six, the twenty-seven, devilishly fast, until the twenty-eighth. Structured, elegant, floral, a dream that brought the listener slowly to reality. Until the diabolical rhythm of the twenty-ninth.

But, that was a door. The door in the end of a maze, and like when someone approaches an end, you run, you run fast, driven by an unexpected curiosity.

The Count was following him, he was with him, even alone in his dark room. Attentive and lost at the same time. He too was coming back to reality. He also lost himself in the elegance of the twenty-eighth variation and ecstatic by the expectation generated by the twenty-ninth. He was following them like a path, counting them one by one, it was his first time. The list was almost over and knew that the thirty, as last variation, had to be special.

On the final musical chord of the twenty-ninth there was a pause of a few seconds. The tension in the two dark rooms was tangible.

The silence that talks, like a moment before a kiss ever given, in the end of a joint path.

What Bach had hidden in the thirtieth. Even Johann Gottlieb until then had never understood.

Dance. Actually two dances, one following the other, and then blended and then over and over and over.Two ancient dances, two country dances, from a world finally serene. A Quodlibet, two pieces played in counterpoint, danced on a threshing floor of a country farm. Smell of wheat crop. June.
Count Keyserling closed his eyes and saw a young man sitting on a wall in his hunting lodge. And thanked mentally Johann Sebastian Bach for the surprise of this gift. A tear appeared, unexpected.

Here they are, the thirty variations; a whole life told in one breath, endless music. At the final note, the muscles of the Count relaxed, as he had just now laid on the bed. He was ready for silence now.
But Johann Gottlieb turned the page, without any noise, and started as required by Bach …. the Aria da Capo.
The score contained the same notes, the same notations, the same rhythm. But since who was playing was going through a deep path, he was no longer the same person, and so the Aria was coming up differently. Likewise, for all who listened, nothing it was no longer the same. Nothing is the same when dreams cross life and allow you to travel in other worlds.
The Aria da Capo was so completely different from the start. All new. It lingered. It was waiting for you, it was looking for you, knowing that you have been trying to look for it forever and you would have sought it forever. Bach knew it perfectly.
And in this way Johann Gottlieb Goldberg played it. Lingering, thinking. Growing.
And in this way Count Keyserling caressed it. As it were his first and last time. For the first time he realized how music was the path of a life and the many paths of a thousand lives.

On the last note, the Count rested his mind, looked at the stars out the window, and thought at mathematical beauty and the paradox of how numbers are related to universe and how everything is infinitely related to the beauty of dreams. He was deeply exhausted.

He never saw the Count.

Only one night, several years later, just before dawn, he felt in the air a different vibration. He had finished his Variations and got up. For the first time, in several years, he made the few steps from the hall to the bedroom. He had to do it.
He entered the Count’s bedroom in silence. The window was open and the Count on the bed, dead. He looked at him for a long time; he, who was almost 20 years and was already a legendary pianist.
He realized that he had loved him since ever; that he had known him forever, that he had been seeking for him, forever.
And then he caressed him twice, as two initial sol. And then got back and play, one last time.